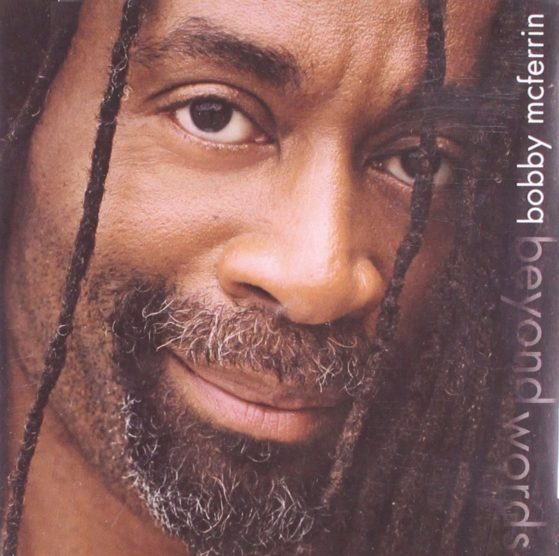 Beyond Words is where Bobby finds the magic in music, and that is the title of his most recent recording (March 2002), the twelfth in a highly creative journey that has already brought him 10 Grammy Awards. The album was marketed jointly by the legendary jazz label Blue Note and revered classical imprint Angel Records. McFerrin was signed to the sister labels under the Jazz & Classics umbrella of Capitol Records in early 2001 and both are a natural home for the performer whose creative energy flows freely through the worlds of jazz, classical, pop, choral, a capella, and world music.

Produced by Linda Goldstein and co-produced by Gil Goldstein, Beyond Words takes the listener on a pilgrimage through Bobby’s influences from around the world. African, Asian, Spanish, Middle Eastern, Western and traditional jazz elements can be heard on pieces like ‘Invocation’, ‘A Silken Road’, ‘Ziggurat’, and ‘Marlowe’. Bobby even flirts with drum and bass music on ‘Taylor Made’, a song in which he teams with his son Taylor on mouth percussion. McFerrin uses keyboards to create layers of sound that interweave with multiple layers of vocal textures. He composed all 16 tracks, except for his adventurous take on Chick Corea’s ‘Windows.’ Besides, Chick, Bobby is backed by Richard Bona, Omar Hakim, and Cyro Baptista.