“What I love the most about leading and teaching circlesongs is that we open up people to the creative spirit that we all have within ourselves… because we all have it! We just don't use it or we're not aware of it or we're afraid of it.”

If you love to sing, you are welcome to join Circlesong School 2022 with legendary vocal virtuoso Bobby McFerrin and his inspiring team of master teachers for a workshop full of joy-filled improvised music-making and audience art, fun and games for singers of all levels of experience.

First developing Circlesongs as a solo a cappella performer, when Bobby needed other voices to help manifest his musical ideas. He gave the audience parts to sing, layering harmonies and rhythms, using call and response, conducting and composing his spontaneous inventions. During his years of worldwide touring, evolving along with his groups Voicestra and Gimme5, his Circlesongs concerts celebrated all kinds of music, like Americana or classical, R&B, gospel, folk, pop, rock, beatboxing—combined with any sound he could imagine. 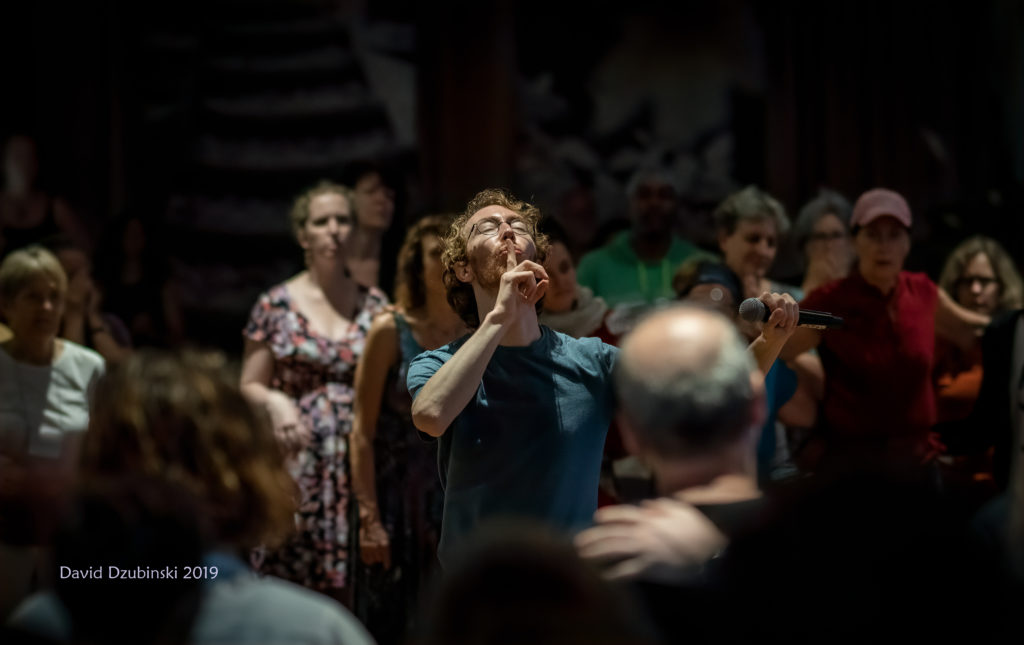 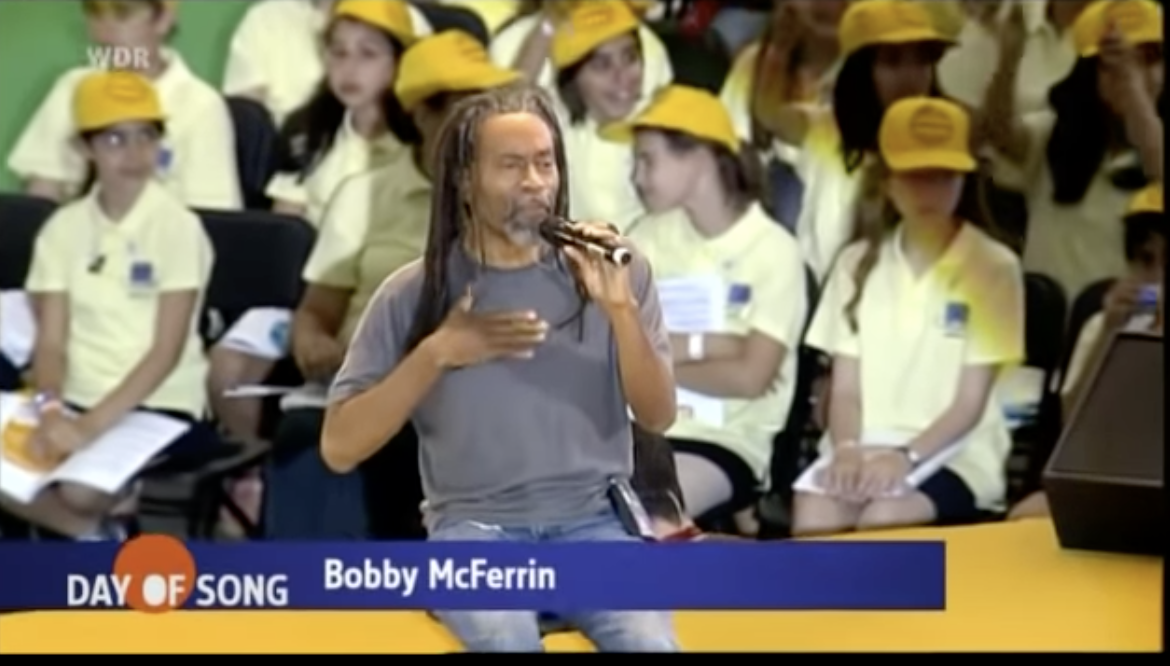 This Circlesongs adventure with Bobby and the Circlesong Faculty builds confidence and trust, nurturing our creativity to deepen individual and community musical expression through improvisation. The program features sessions that might include harmony, body percussion, music theory, freestyle language, vocal embodiment techniques, exploration of musical styles and much more, for experimentation at all levels of experience.

When Bobby and circlesong participants gather in community to sing for hours every day, everyone feels remarkably stronger, clearer, and more energized. Circlesongs is not only transformational for Bobby, but sparks inspiration for singer-songwriters, teachers, composers, instrumentalist, conductors, classically-trained or self-taught in the shower.

While learning techniques for improvisation and ensemble singing (blend, balance, tuning, and sensitivity) Circlesongs also provides an intuitive and direct experience that deepens our fundamental musicianship (including harmony, counterpoint, rhythmic precision, and active listening). Most importantly Circlesongs teaches how to include every singer regardless of their level of ability. The creative objective is to use our innate artistic resources to invent musical vehicles so that every voice in the community has a place in the circle.

Bobby is an inspiration to singers around the world who celebrate his innovative technique and spirit. His solo performances and collaborations with great artists – including Yo-Yo Ma, Chick Corea, and the Vienna Philharmonic – are the stuff of legend. Along the way there were 10 Grammy Awards and a #1 global hit “Don’t Worry, Be Happy.” 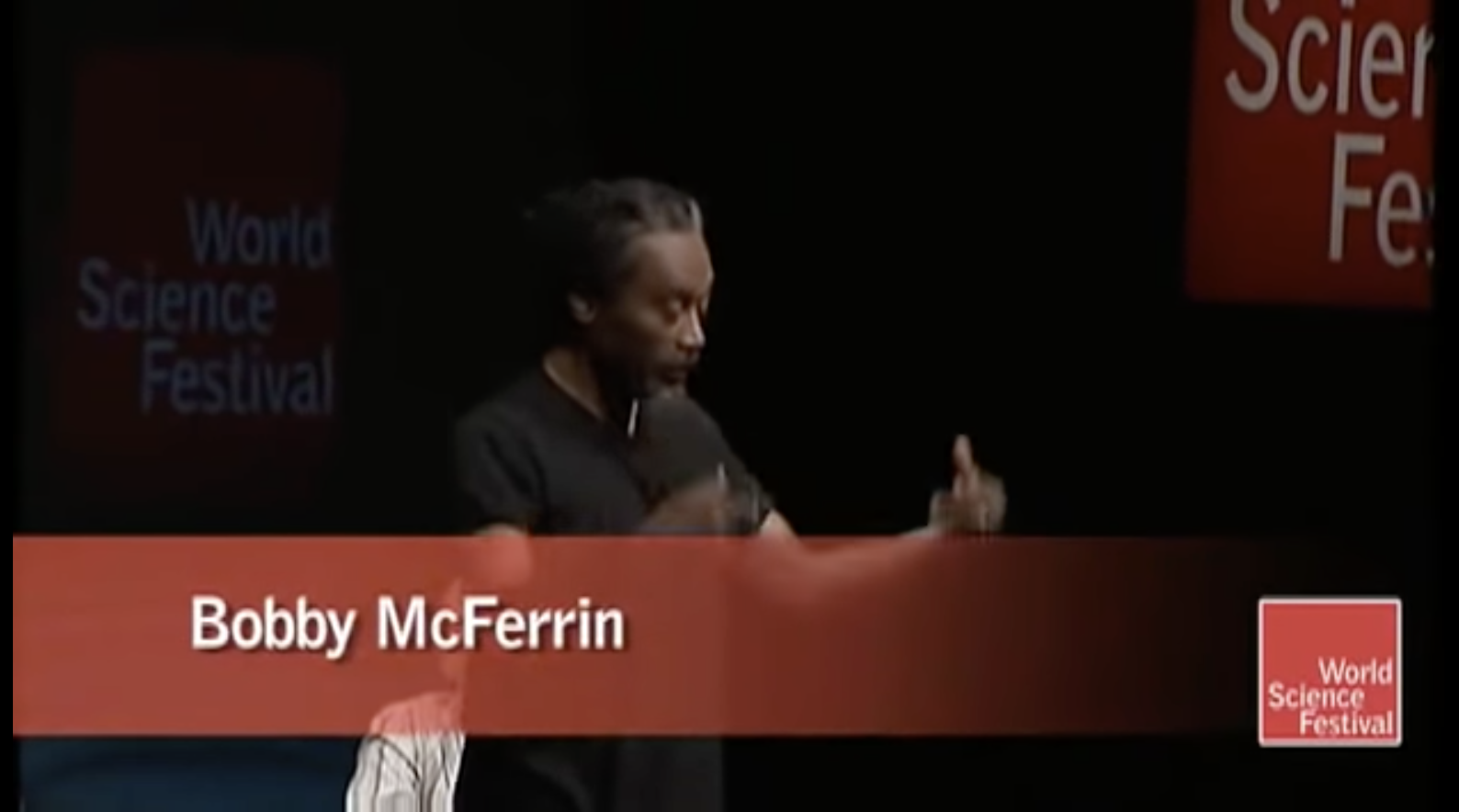 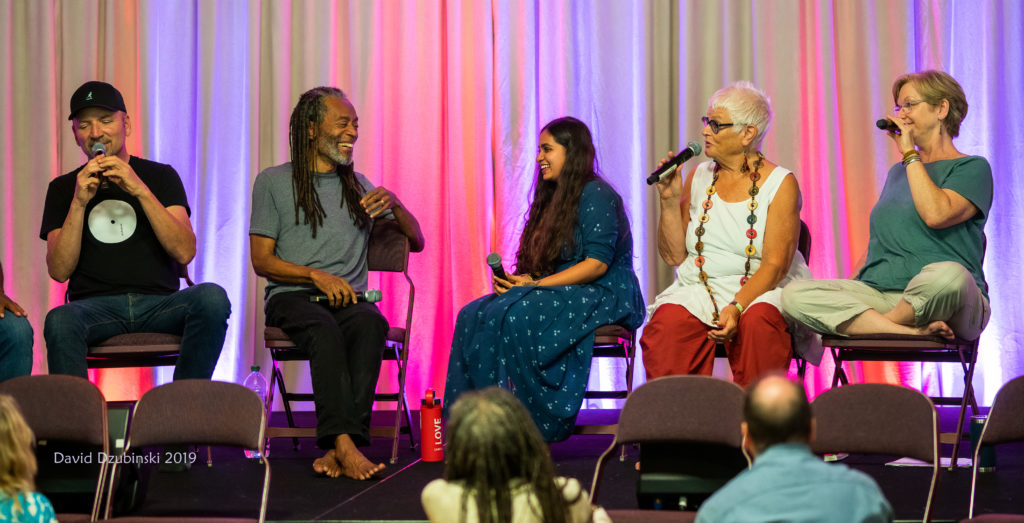 “You get people together and get them singing, and you instantly knock down all the walls - the creeds, the gender, age and race differences, everything. You’re all one at that point, lifting your voices.”

Some Photos from Past Circlesong Events